A breath of fresh air amidst the Dagga hotbox

Home » A breath of fresh air amidst the Dagga hotbox

A breath of fresh air amidst the Dagga hotbox The recent Constitutional Court judgement regarding private Dagga use has caused employers to worry about the competency of their employees during working hours and how to handle employees possibly intoxicated by.

Dagga can remain in the system and be detected for approximately 14 days after use, depending on dose and frequency of consumption. But the high or intoxicating effects it has on the user only lasts for 2 to 6 hours. This means that dagga users could test positive for having cannabis metabolites in their system if they are tested with a urine or blood test, meaning that dagga was consumed within the last 14 days, but that would not be sufficient proof that the individual is actually under the influence or affected by the drug at the time the test is done.

How can employers then test if their employees are under the influence of dagga and affected by the drug?

Saliva testers that can detect 25ng/ml of dagga in their system can be used. If the employee tests positive during the saliva test it means that their saliva contains 25ng/ml or more of the cannabis metabolites, which will only be detectable in their saliva if they have used the drug with the last 2-6 hours before testing. The saliva test will then clearly indicate that a person is under the influence of dagga and still affected by the drug.

The saliva tester should specifically be able to detect 25ng/ml of cannabis metabolites. If there are less than 25ng/ml detected as would be detected during the urine and blood test it means that the dagga was consumed more than 6 hours before the test and thus it is only in the person’s system but, they are no longer under the drug’s influence. There are different models of these tests available on the market and the best test will be according to the employer’s preference in whether they would prefer the breathalyser type or saliva sample collection type test. We would however like to advise that it is best to get a test that can print out the results, which would be more accurate than a display only type test.

An observation checklist can also be used in conjunction with the saliva test. These would then address symptoms and actions normally associated with a person under the influence of or affected by dagga.

The observation checklist would require assessment of the following:

Employees could use the results of the saliva test and the observation checklist to accurately determine if a person is under the influence of Dagga and affected by the drug itself during working hours. These tests should also then be presented as evidence during a disciplinary hearing.

For operational reasons the company can implement a zero tolerance (ie mining, construction, heavy machinery, public transport, road freight). The nature of the environment the employee will be working in must be taken into account.

Your allocated consultant will contact you to peruse your current policies and work rules. 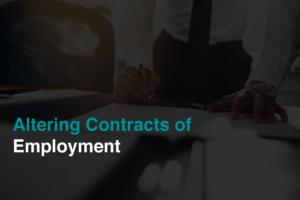