The Employment Tax Incentive scheme was introduced in late 2013 as a means to encourage Employers to take on young people who had never worked before, and to give them an opportunity to get some work experience under their belt, something that would certainly help them when seeking employment in the future. Part of the incentive was also to provide these youngsters with an opportunity to earn some money in the process, a portion of which could be claimed back by the Employer through the monthly PAYE system.

It is common knowledge that one of the key barriers to entering the world of employment for young people is the fact the many potential Employers won’t employ someone who has had no previous work experience. Thus, this incentive scheme was aimed at providing work opportunity and also some basic work experience to youngsters, which would assist them in making themselves more marketable, and in turn would help them secure a job in the future. It also assisted Employers financially via the claiming of a rebate against their monthly PAYE bill, limited to a percentage of that individuals monthly cost. National Treasury budgeted to spend just over R 5 bn on rebates over the three year period.

Employers could put a youngster on the scheme and then claim a monthly rebate 24 times (non-consecutive) over the initially proposed, 3 year period. This was done particularly to cater for industries which had seasonal workers, or workers who had breaks in their employment period due to unusual and erratic work patterns. So, in essence this was a “win win” scenario for both the Employer and the potential Employee.

To make the system transparent, equitable and also to assist in avoiding the potential exploitation of young people a number of rules were put in place, some of which were:

 the Employer had to be registered for PAYE (i.e. otherwise claiming of the monthly rebate against their PAYE bill would not be possible) and had to be fully tax compliant in order to claim the rebate,

 Employers could only claim for an Employee who earned less than R 6 000 in total remuneration for the month. A sliding scale of between R 4 000 and R 6 000 for remuneration paid was also introduced. The calculation re how to “gross up” an Employee’s hourly wage in instances where the Employee worked for a part of the month only, got a bit complicated as the actual law was not very clear, and could be misinterpreted. In many instances this proved to be a stumbling block for certain types of Employers who were concerned that they would get on the wrong side of SARS if they got the grossing up calculation wrong, thus opting not to embrace the scheme,

 Employers could not replace existing older Employees (who earned more!) with youngsters (who would earn less!). This was a major area of concern for unions when the scheme was first introduced, and in fact, these concerns were such that the scheme was almost derailed because of them. As a safeguard, steep penalties were then put in place to prevent this kind of practice from happening.

There were a number of other qualifying criteria to which an Employee had to adhere to be eligible for the ETI scheme, such as age (between 18 and 29), first time in employment, SA citizen (provision was however later made for appropriately approved Asylum Seekers and Refugees to be included as well), to name a few. Initial forecasts indicated that the uptake of the ETI scheme would primarily be by the larger corporate type of company. The facts however show that many of these large companies were nervous of falling foul of SARS and Treasury (i.e. by misinterpreting some of the legal requirements), and as such they never really embraced the scheme wholeheartedly, leading to much missed opportunity. Nevertheless, the facts from a research project done by SARS and Treasury on the IRP5’s submitted for the 2015 year (i.e. as at Oct last year) show some very interesting figures:

Firstly, note the increasing uptake over the period in companies embracing the ETI scheme. Like any new incentive it has taken a while for it to be adopted, but it really ramps up once the success stories become known. Secondly, note the significant increase in actual beneficiaries of the ETI scheme (i.e. the number of jobs created and the number of people employed) as a result of the increase in number of “adopters” Now let’s look at the company size of those who adopted the scheme:

Firstly, the small number of large Employers (i.e. 1 000 + workers) which adopted the scheme have definitely added significant numbers of individuals on to the scheme. Secondly, the largest number of Employers adopting the scheme are in the 11 to 50 Employee category. Thirdly, and more significantly, the stats show that about 600 000 youngsters have benefited from the scheme since its inception.

In short, as can be seen in the stats, there is a growing appetite amongst companies of all shapes and sizes, to further embrace the scheme which should result in significant momentum in the months ahead, especially now that it has been extended to Feb 2019. Through all its possible legal misinterpretations, calculation issues and claims headaches, one thing is for sure – a large number of youth have been given the opportunity to work and gain some experience in the formal sector, something no one can deny is absolutely critical in the times we find ourselves living in.

For more information on Waste Management, please contact the LabourNet Helpdesk at

Not yet a LabourNet client, but would like to know more about our services and products? 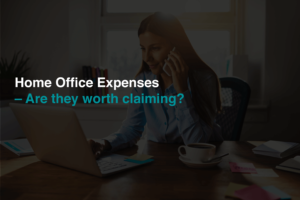